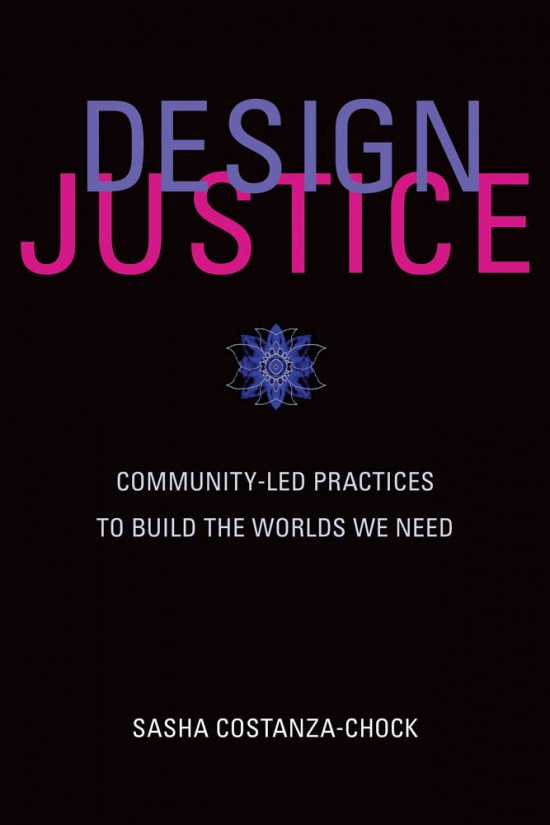 Design Justice is a an extremely useful book. The word ‘design’ has a long history behind it and over the last several decades it has become predominantly associated in most people’s minds with the work of mid-century modern product designers, and more recently with Apple and Silicon Valley-flavored human centered design, user experience and service design, and so on. IDEO’s ‘design thinking’ has become the dominant paradigm; IDEO, a small array of academic design programs, and Silicon Valley start-up culture now frame and mediate the cultural apparatus and economics of design.

That’s all fine. But the economic dominance of commercial design obscures a potent counter-history and rich, evolving practice of design that allies itself with social justice, participatory democracy, and community organizing. As happens so often, the more important and more vibrant history is the one less publicized. Costanza-Chock has done important work here documenting some of the multiple strands that come together in the form of what we can shorthand as the participatory design and design justice movements, from the international labor movement, to organizing in Detroit, to design praxes that draw on black feminism and intersectionality, to the disability justice movement’s “nothing about us without us” advocacy, to name a few. Most importantly, Costanza-Chock positions participatory design and design justice as movements with grounding in history and as spaces of immense ongoing emergent energy and potential.

I say this book is useful because, while it could never be comprehensive of what are combined hundreds or thousands of work years of creative energy and passion for change among the people and communities that have been doing this work, it does an admirable job making the breadth, depth and contours of it all clear. It’s the guide book I’ve reached for, and come up empty handed, over years as a minor contributor this work. It’s what I’ve wanted to help newcomers forget what they think they know about design and avoid re-deriving some of the very important lessons we’ve learned along the way, and it would have helped me do the same. It’s a user manual that starts by telling you to learn your history and then ask who is already doing the work.